SASKATOON, SK, Oct. 26, 2021 /CNW/ – Royal Helium Ltd. (“Royal” or the “Company”) (TSXV: RHC) is pleased to announce that licenses and permits have been received for its first helium well on the Ogema block which is scheduled to spud on November 1st.  Panther Drilling’s Rig #4 is now mobilizing to Ogema-1, located approximately 80 km west of Weyburn in SE Saskatchewan. Once Ogema-1 drilling is completed, the rig will move to Ogema-2, currently being licensed, and permitted. Ogema is the first helium specific drilling program to ever be conducted in southeastern Saskatchewan and has some of the highest historic helium gas shows tested in the province. 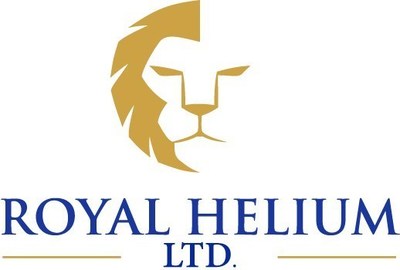 The completions plan (see news release dated September 15) for Climax/Nazare is well underway with Royal’s engineering and completions group collaborating on the production plan for the Climax area.  Two additional production wells at Climax are being licensed and permitted with the specifics of these development wells to be determined by the completions program which will be announced once finalized.

Steve Halabura, VP Exploration for Royal comments, “Our initial well at the Ogema project represents the culmination of years of geological and geophysical review.  We are excited to begin drilling in SE Saskatchewan, where we will be applying some of the novel geological information from our Nazare discovery in SW Saskatchewan to the eastern portion of the province. For Climax, we are working closely with our third-party consultants and the data from Climax-4 and because of its size, are now looking beyond conventional completion toward a multiple vertical and horizontal well development program for Climax/Nazare”.

Andrew Davidson, President and CEO of Royal comments “The addition of Dr. Stewart to our technical team is a significant step towards the ongoing success of the company.  His long track record in exploration geophysics will be crucial as we continue exploration efforts in Saskatchewan.  The ability to efficiently pinpoint the Nazare formation from existing seismic will be critical to the ongoing development at Climax and surrounding project areas.  Rob’s experience interpreting geophysics is second to none.”

Royal Helium Ltd.
Royal controls over 1,000,000 acres of prospective helium land in southwestern and south-east Saskatchewan. All of Royals’ lands are in close vicinity to highways, roads, cities and importantly, close to existing oil and gas infrastructure, with a significant portion of its land in close proximity to existing helium producing locations. With stable, rising prices and limited, non-renewable sources for helium worldwide, Royal intends to become a leading North American producer of this high value commodity.