SASKATOON, SK, Nov. 15, 2021 /CNW/ – Royal Helium Ltd. (“Royal” or the “Company”) (TSXV: RHC) is pleased to report that the Government of Saskatchewan today announced their Helium Action Plan, with the goal of supplying 10% of the global helium market share by 2030. 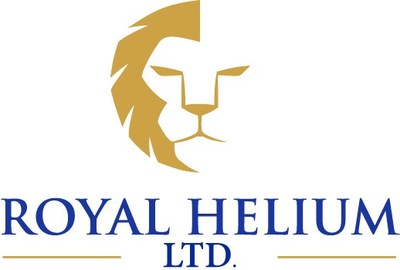 Today, the Government of Saskatchewan released its Helium Action Plan: From Exploration to Exports, which outlines how the province aims to become a world leader in helium production and export over the next decade, with a goal to supply ten per cent of the global helium market share by 2030.

“In Saskatchewan, helium exploration and production are leading to more wells, more jobs, more facilities and, ultimately, more exports,” Energy and Resources Minister Bronwyn Eyre said. “We have high helium concentrations in the province and some of the most attractive geology in the world for low-emission helium production.”

The Helium Action Plan: From Exploration to Exports, which provides policy and program commitments to support and grow the entire helium value chain, is focused on exploration, production, innovation, processing and export infrastructure. The provincial government has also expanded the Saskatchewan Petroleum Innovation Incentive (SPII) to include helium projects.

Achieving the Helium Action Plan’s goal to supply ten per cent of the world’s helium market share by 2030 will create significant economic benefits in Saskatchewan, including:

Canada currently has the fifth-largest known helium resources in the world, with considerable underground reserves located in Saskatchewan. The province’s unique geology enables extraction of helium from dedicated wells that yield high concentrations of the commodity but generate a low greenhouse gas emissions profile, which is up to 99 per cent less carbon intensive than in other jurisdictions.

“This announcement further solidifies Saskatchewan’s position as a best-in-class jurisdiction in which to explore, build infrastructure, and produce helium that can serve global markets,” North American Helium President and Chief Operating Officer Marlon McDougall said. “North American Helium is a leader in all of these areas and is planning to rapidly expand its liquid and gaseous helium productive capacity to replace currently depleting sources of helium from hydrocarbon fields with reliable new long-term supply with significantly lower emissions.

In May 2021, Saskatoon-based Royal Helium announced a significant helium discovery at its Climax project, which has the potential to be one of the largest helium discoveries in Saskatchewan history.

“Royal Helium is proud to play a leading role in the sustainable development of Saskatchewan’s world-class helium resources, alongside our neighbors North American Helium and in concert with the Government of Saskatchewan,” Royal Helium President and CEO Andrew Davidson said. “This is a tremendous opportunity for Saskatchewan to become a major supplier of helium, which is critical for healthcare and high-tech industries both locally and around the world.”

Helium is a highly desirable commodity used in medical research, semiconductor manufacturing, space exploration, fibre optics, nuclear power generation and other advanced technology sectors. Prices for helium have increased substantially over the past few years and are expected to continue to rise due to increased global demand and shortage of supply. According to market estimates, the global helium market could potentially double by 2030.

For more information or to read the full plan please visit www.saskatchewan.ca/helium-action-plan.

Royal controls over 1,000,000 acres of prospective helium land in southwestern and south-east Saskatchewan. All of Royals’ lands are in close vicinity to highways, roads, cities and importantly, close to existing oil and gas infrastructure, with a significant portion of its land in close proximity to existing helium producing locations. With stable, rising prices and limited, non-renewable sources for helium worldwide, Royal intends to become a leading North American producer of this high value commodity.